Benefits of owning an Apartment with Kids Play Area

Home Benefits of owning an Apartment with Kids Play Area 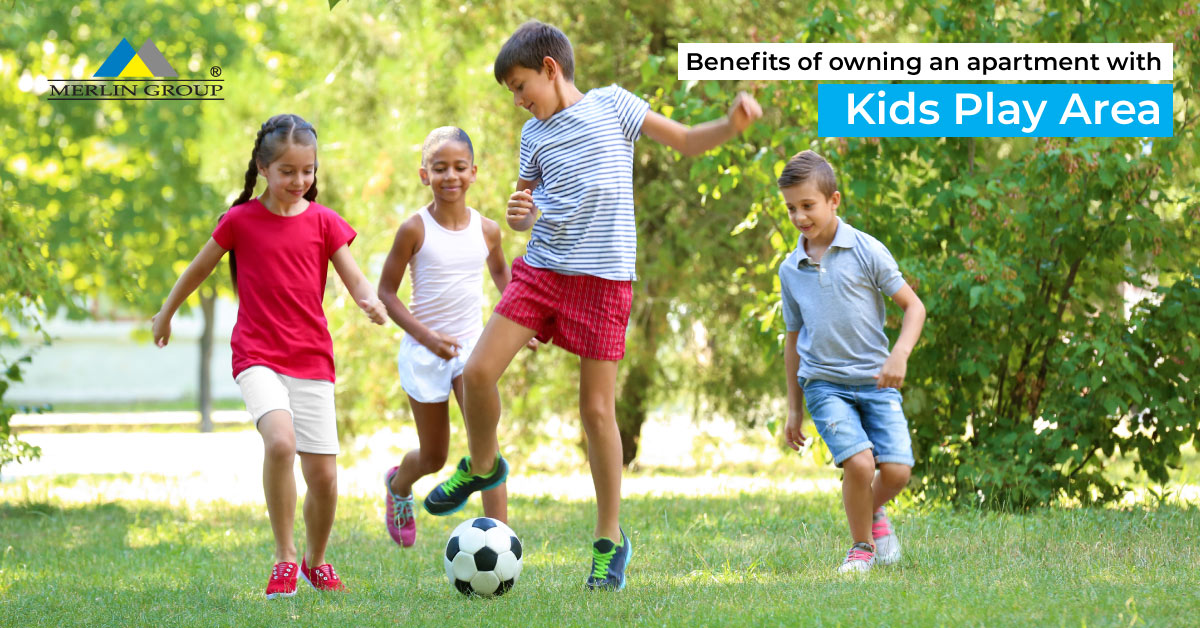 Benefits of owning an Apartment with Kids Play Area

Gone are the days when people use to have houses with backyards and gardens. Kids and youngsters had enough space to move around freely and play carefree, when space was never constrained to them. However, owning a house in a metropolitan city like Kolkata, in the current time, sounds almost like a fancy tale. With this changing scenario, people are more inclined toward apartments rather than houses.This paradigm shift in lifestyle and habitation has drastically impacted the younger generation. Kids are mostly addicted to indoor activities: television, video games, and mobile phones. Many scientific researches have concluded that these addictions not only result in adverse physical issues it also impacts the mental growth. Outdoor sports and activities play a crucial role in the development of kids.

Here under are a few facts that would bring out the benefits of buying a home with children’s play area:

Away from the confinement and constraint of four walls, outdoor activities trigger more enthusiasm in kids. They become more active which make their bones stronger boosts their fitness level. It also helps them to burn off extra energy and calories enhancing their overall growth. Being outside children’s imagination is often stimulated by the objects around them and they quickly tap into their creativity. Being in the sunshine, even in winter, means their bodies will naturally absorb vitamin D. The freedom of outdoor play also encourages kids to get rid of built-up energy, particularly if they tend to be fidgety when sitting for a long period of time. Outdoor activities makes them calmer and ultimately helps them to be more focused when in the classroom.

As outdoor spaces are usually less confined than indoors, it is less intimidating and helps children to naturally come out of their nutshells and be more social. This means that kids would be more willing to join in games and activities. Hence they will be more likely to talk to other kids and make new friends. This encourage kids to learn social skills and how to interact with other children away from the supervision of adults. They learn how to take turn while playing, they learn how to pick up themselves while they fall, and they learn the meaning of independence and self-reliance.

The social and moral code of an individual is the result of the surrounding or the environment in which he/she grows. No human can live an isolated life hence social interactions are necessary for every age group. Living in a good social environment increases the probability that a child will develop a positive social relationship. Social behaviour and ability to develop positive relationships with others were traditionally conceptualized as skills which would develop naturally. However, there has been an increasing notion that social behaviours are learned and that children must be taught pro-social behaviour. Kids learn from their social environment, the social behaviour of their peers, and thus what they see in their day to day life.

We can shape our futures by the effort we put today. Kids are the future so let them grow with freedom, let them learn on their own, let them enjoy the gift of childhood.