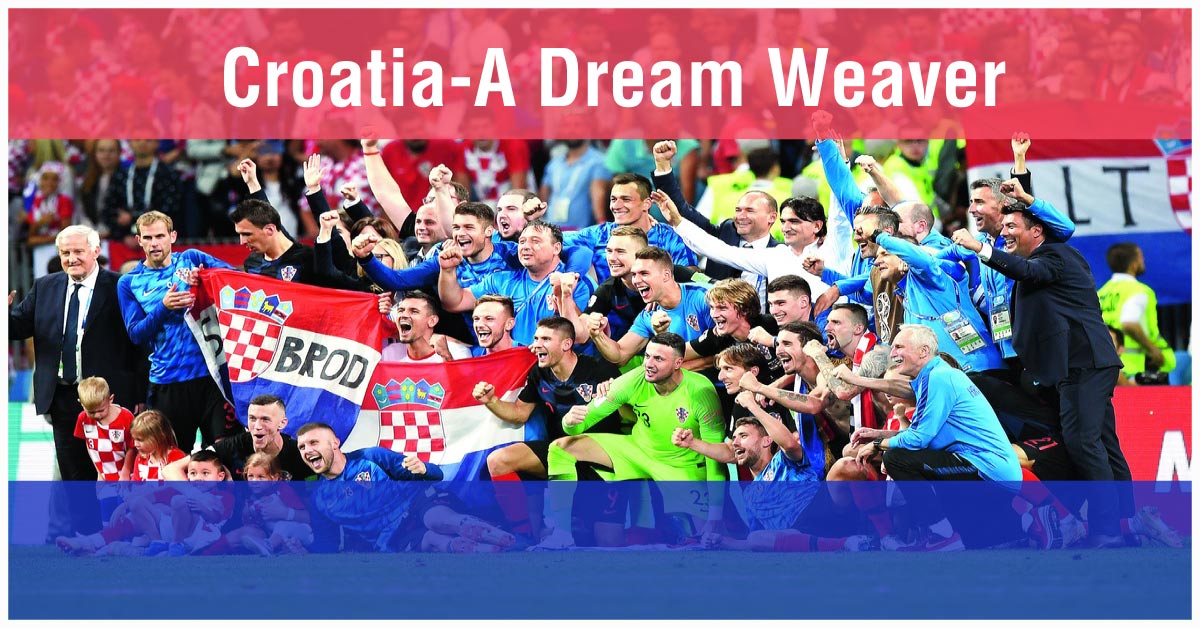 The success of Croatia in FIFA World Cup 2018 is no less than a fairytale. The Nation of just four million people has done it. Croatia has crushed the English dreams in the captivating World Cup Semis and put up a brave fight in the Final against France, losing to France 4-2.

The celebrations that followed would be remembered for a long time to come. In Zagreb, thousands gathered in the capital, basking in the glory of their country’s victory. The day after, Croatia’s Government officials wore the country’s national football shirts to work.

The road has not been easy. The Balkan country of four million, torn apart by unrest, violence and immigration issues has stood its ground and has always kept the fighting spirit alive. Fighting off demographic and economic odds, this under dog has made it happen and touched the pinnacle of success.

Croatia is a role model to India in so many ways. If Croatia can do it surpassing so many odds, why can’t India? Croatia has made us ask this question. And right here is the start. As a nation we have issues, a fighting spirit, a passion for the game and talents. And hence, Croatia has given us the courage to dream. With better training facilities and infrastructure development, hard work and dedication this dream is bound to get transformed to reality someday.