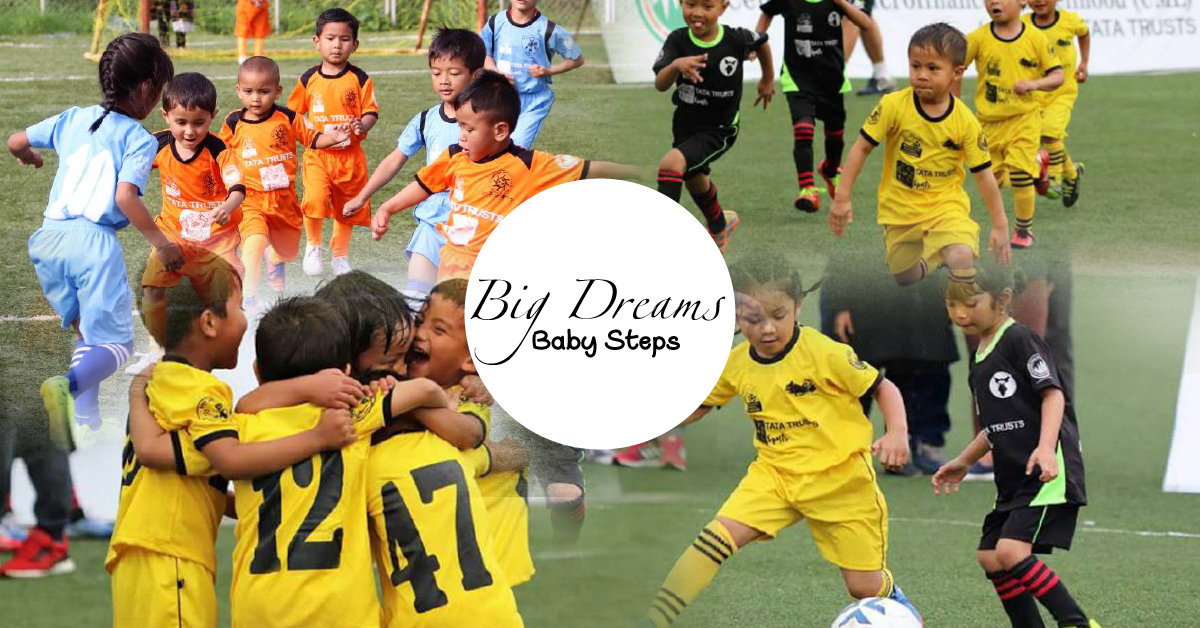 While millions across the country cheered for Croatia in FIFA World Cup 2018 Finals wishing their Country too would live this underdog magic someday, somewhere in Meghalaya that dream has already started taking shape.The Baby League is a football competition for 4 to 13 year olds. The idea was conceived by the All India Football Federation (AIFF) and gifts the budding footballers a competitive platform to hone their skills.

“Currently the grassroots football players lack a competitive platform. The Baby League provides this platform for kids at a young age,” says Arki Nongrum, CEO of the Meghalaya Football Association (MFA), “If you train each and every day but you do not play anyone competitively, it makes no sense.”

On Saturdays and select school holidays the kids lock horns in the football grounds. The Baby League has 12 teams. Matches are shorter than the standard duration: the youngest age group plays for 10 minutes each half. The teenagers fight it out for 25 minutes each half.

“The baby league is a big opportunity for children to work on their talent and train for the future”, exclaimed parents. Baby League will run for six months, longer than the established ISL and I-Leagues, the top two divisions of professional football in the country.

The Baby League also stands for equality — in terms of gender, economy or just representation. “It is mandatory for each team to register at least 10% female players,” asserts Arki, adding that the aim is to establish a dedicated all-girls league in the future. The Baby League includes squads from villages and towns outside Shillong. Children from remote villages where there are no proper training facilities are participating in this league.

The Baby league has spread its wings throughout the country with a pilot league being organized in Mumbai and Pune last year. The first Meghalaya edition is organized by the state’s Football Association. Talks are on for an Orissa Baby League as well. In the North East, Mizoram too hosts its own Young Legends League in Champai.

With millions of fans throughout the country, Indian Football can certainly succeed and reach the new zenith of success if this ‘catch them young’ development model is followed and sustained. The young talents if nurtured with dedication and care will surely make the nation proud one day!