Merlin to host ‘Clash of the Legends’ in the city

Home Merlin to host ‘Clash of the Legends’ in the city 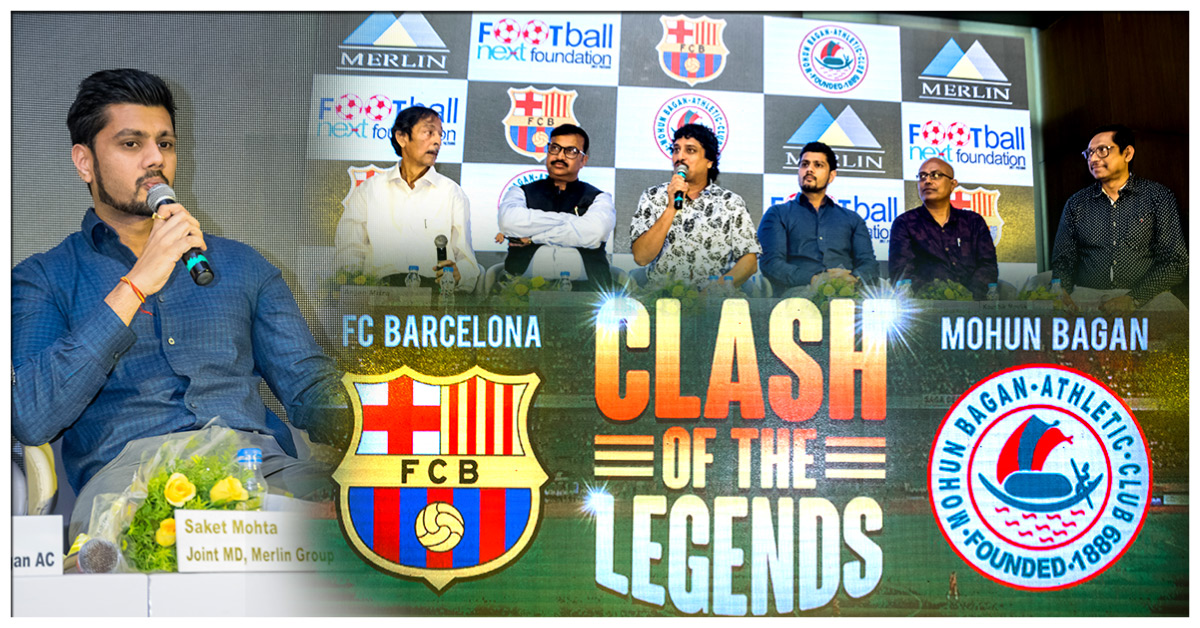 Merlin to host ‘Clash of the Legends’ in the city

Gear up for a power-packed football performance just before the Pujas. To gift the city a taste of international football, Merlin will host a match dubbed ‘Clash of the legends’ between internationally acclaimed FC Barcelona Legends and the National big shot Mohun Bagan AC Legends team on September 28th in Kolkata.

On 24th June, 18, Merlin in association with Mohun Bagan and Football Next Foundation, announced on a press conference at Ozora, Acropolis that they will host a team of former Barcelona stars in an exhibition game. The press conference was attended by Mohun Bagan officials and members of the press.

A host of World cuppers are expected to be seen on the ground like Patrick Kluivert, Frank de Boer and Edmilson on the D-Day, though it is yet to be confirmed who would represent the La Liga Champions in the match. Similarly, the players list is awaited from the Mohun Bagan squad.

“This is the first time in India that a real estate brand is hosting an international football team of the stature of FC Barcelona. We at Merlin want to see ourselves as a Sport Real Estate Brand in the near future and promote football in the State and also the country at large and give this sport the mileage that it deserves.“ asserted Mr Saket Mohta, Joint Managing Director, Merlin Group.

A series of activities including a charity auction dinner have been planned prior to the match.

Merlin has always been more than a real estate brand, trying to touch lives in every way. This initiative is another small step towards the realization of that goal.