Planning investment in Kolkata Real Estate in 2018? Know why it’s a Good Time to Invest!

Home Planning investment in Kolkata Real Estate in 2018? Know why it’s a Good Time to Invest! 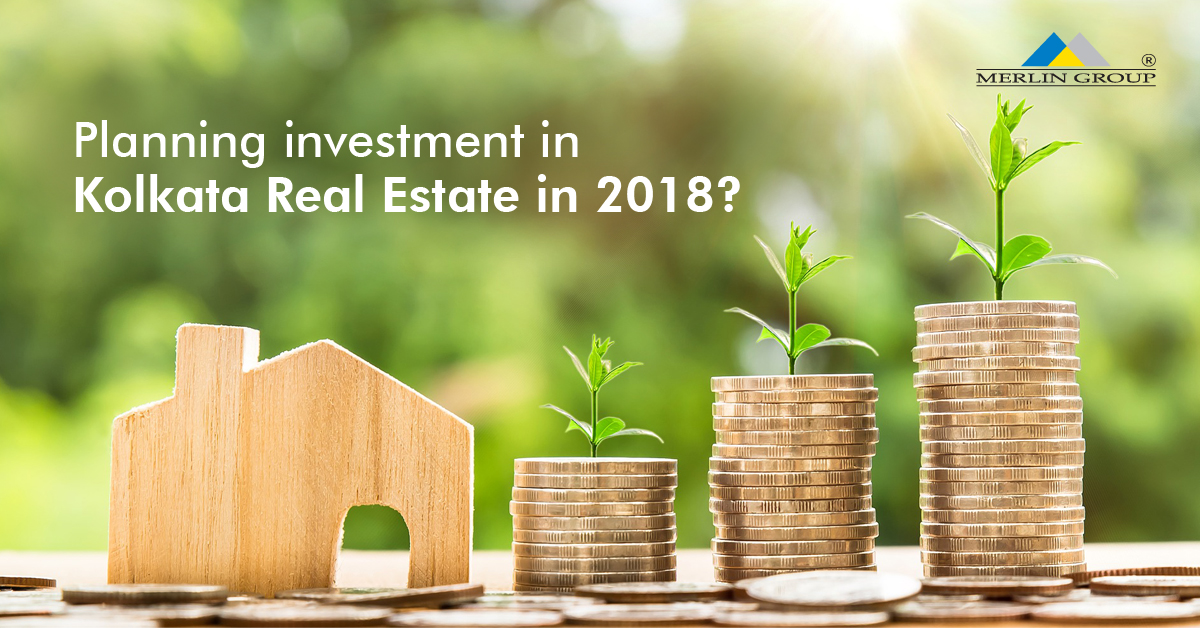 Planning investment in Kolkata Real Estate in 2018? Know why it’s a Good Time to Invest!

Kolkata, once the British Capital of India, today, is acknowledged for its culture, infrastructure and architecture. It has become a hub for IT, including business and financial sectors. As per statistics, Kolkata’s population is around 14.8 million, with an optimum employment rate which results in the growing demand for the residential real estate in the region.

Coming on to the Real Estate sector, the city has seen gradual growth in this sector. With a new era of advancement, each and every sector has observed changes. Along with the developmental phases, one can witness the long-term growth prospects in the city.

According to a study by Knight Frank, a real estate advisory firm, Kolkata’s residential market prices dropped by around 15% in the second half of 2017, owing to sluggish demands and ageing inventory levels of completed units. These prices included a slash in the base prices by the developers, along with a waiver of other charges like stamp duties. After the announcement of demonization, it was noticed that the yearly sales had also fallen.

The year 2017 has been an action-packed year with demonetisation and GST, slowing down the residential real estate sector across the country. However,  implementation of (Real Estate Regulation Act) RERA in many cities have created a positive impact, ushering transparency, efficiency and increasing the home buyers’ confidence for 2018.

The perseverance of the end users to search for the perfect home is driving the real estate current scenario now. The end users of reality are still flocking the projects in search of a perfect home. This trend is very much visible and palpable in Kolkata. With this current trend, the real estate developers of Kolkata have dropped their hindrances of getting into low-cost homes. And, now are open to investing in lands even in the outskirts of Kolkata, beyond the main city.

Many real estate companies are coming up with creative offers to attract buyers like in other metro cities Mumbai, Chennai and Bangalore; offering midsize cars to the first buyer, Air-conditioners, Modular kitchens and many others.

Unlike other metro cities, Kolkata property prices are more close to reality and in reach of various economic levels of buyers. In this atmosphere, Kolkata has improved infrastructure, lower asset prices, the highest number of buyers that Kolkata is getting is either from the NRI Indians or from people who reside in nearby cities who are making a safe bet here. Thus, the demand for home in Kolkata has been increasing.

Affordable Housing for All

As per the recent economic survey too, the real estate sector is to be seen as a balanced one with more focus on affordable housing, not having a direct impact on the sector. There can be allotment of an affordable housing fund under the National Housing Bank for priority sector lending, providing an impetus to the development of housing in this segment.

The answer to the question is yes, with a little more research on the real estate sector along with the presumed calculations of the estimated rates; so, this is probably the best time to invest in a Kolkata property.

As we can see the prices have reduced due to the above factors, also because property investments are always a safer option at the trend going on currently. Hence, if you want to invest in a property and you don’t have a city preference or your investment instincts are driven by the market scenario, Kolkata is the ideal destination.